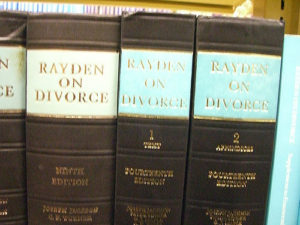 Here’s some new facts and figures about divorce gleaned from a new article by Dee Lee, a Certified Financial Planner.

If you have recently been through a divorce, how much was your attorney and what was the total bill? Were you satisfied or did you feel ripped off?  As always, your thoughts and comments are welcome!