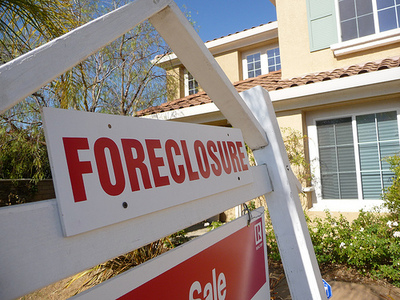 Yesterday, I met with prospective bankruptcy clients who were established homeowners and deep “underwater” to the tune of several hundred thousand dollars.  Since the peak of the Northern California market in 2006, their home had declined in value from about $650,000 to $350,000 according to Zillow (a great tool for getting quick and dirty estimates on property values).  The clients had heard news reports that a law had recently passed allowing the Bankruptcy Court to reduce their mortgage.  Like many other financially distressed clients I have spoken to over the last six months, they didn’t know the details of the “program” and just had vague notions that it was part of President’s Obama plan to get the economy back on track.  The troubled homeowners were partially right.  There was indeed a bill of this nature making the rounds in Congress recently.  Unfortunately, it went down in flames a couple of weeks ago on Capital Hill.The much talked about “Mortgage Modification Cram Down” bill recently suffered a defeat in the Senate despite endorsement by President Obama.  On April 30th, the Senate vote was 45 in favor and 51 opposed after a dozen Democrats joined Republicans in opposition.  Previously a version of the bill was passed by the House 234-191 in March.  Had the bill passed, Bankruptcy Court judges would have had the power in Chapter 13 cases to lengthen mortgage terms, cut interest rates and even reduce mortgage balances for distressed homeowners.  In order to qualify, the bill required homeowners to be at least two months delinquent and have an outstanding balance of less than $729,750. In addition, if the debtors sold their home while still in bankruptcy proceedings, the borrowers would have had to split any profit with the lender in cases where the bankruptcy judge reduced the principal balance.  Note that Chapter 13 repayment plans typically last five years.Predictable, the banking industry was strongly opposed to the proposed legislation.  It’s not hard to understand why.  The proposed changes effectively would have given the Bankruptcy Court the power to tear up existing sales contracts and rewrite them as they saw fit.  Banking lobbyists argued that the “Cram Down” bill, if passed, would destabilize home prices to an even greater degree than they are now.  Many Republicans agreed.  Arizona Republican Senator Jon Kyl, voted against the bill.  “The answer is not to incentivize bankruptcy by making it the means to save one’s home,” Kyl said.  In the first quarter of 2009, Arizona had the second highest rate of foreclosures in the nation according to RealtyTrac.  Nevada was number one with a rate five times higher than the national average.  California was number ranked three with one in every 58 housing units receiving a foreclosure filing.  Some economists agreed that overall, the bill would have done more harm than good.  Ronald Utt, Ph.D. of The Heritage Foundation wrote, “This provision will increase the risk to lenders of all mortgages. The industry is already treating this as a permanent measure. Increased risk requires higher costs to compensate lenders, and either down payments or interest rates would have to rise, while potential borrowers with checkered credit histories would be denied access to credit. However, these costs would not rise evenly for all borrowers: Higher risk borrowers (first-time buyers and moderate-income workers) would see costs rise more and have fewer opportunities to buy a house.”

However, Oregon Bankruptcy attorney Kent Anderson recently noted that research by Adam Levitin, Ph.D. does not support this theory.  Levitin studied the effects of mortgage modifications made between 1981 and 1993 in areas where it was permitted and compared them to areas where it was not.  The conclusion?  There was no statistical significant effect on mortgage rates.  Levitin also noted that Freddie Mac and Fannie Mae, who frequently purchase home mortgages on the secondary market, do not charge a risk premium on certain kinds of property that currently can be modified in bankruptcy.  Kent further argues that “Prudent lenders make loans based in large part on the ability of the borrower to make payments and on the value of the collateral if the borrower defaults.  The possibility of bankruptcy is only a small part of the analysis and the credit reputation of the borrower is the primary indicator used by lenders in making home loan decisions.”

Although Senate Democrats have vowed to resurrect this bill again, for the time being it appears the best option for many distressed, underwater homeowners is still to surrender the home in a Chapter 7 proceeding.  This is especially true if the homeowner has incurred substantial credit card and other types of unsecured debt.

If you are in the greater Sacramento area and thinking about Bankruptcy please contact me to sit down and discuss your situation.  Initial consultations are discounted and afternoon and early evening appointments are available.  If you reside in another area of California, click here for a referral to a competent bankruptcy attorney in your area.

Sources & Further Reading on this Topic:

“The Effect of Bankruptcy Reform on Mortgage Interest Rates” by Adam Levitin, From the Warren Reports, 12.19.07. 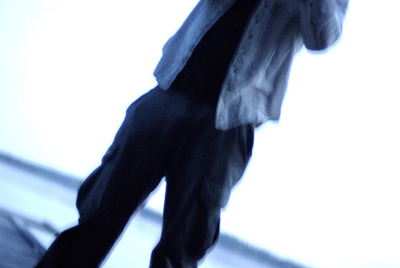